In this updated edition of his acclaimed history, Marcus Tanner takes us from the first Croat principalities of the Early Middle Ages through to the country’s independence in the modern era. The rise, fall and rebirth of Croatia is recounted in this text. The author, a journalist who witnessed much of the war, begins by describing the first
Croatian kingdom in the 9th century and ends with his interviews with many of the leading figures in the current upheaval.

“A lucid, expert account of Croatia’s past at the bloody crossroads of big-power ambitions—Turks, Austrians, Italians, Russians—leads smoothly into a riveting close-up view of the 1990s fight for independence.” Boyd Tonkin, The Independent

Marcus Tanner is a London-based writer, journalist, editor, and commentator, specializing in Eastern and Central Europe, the Balkans, and Celtic countries. 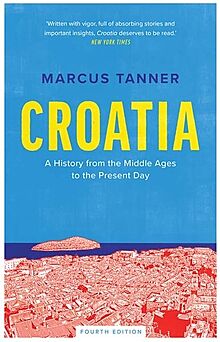