The Rethinking of Youth Politics and Cultures in Late Socialism
Spaskovska, Ljubica

Manchester University Press, 240 blz., paperback, 2017, ISBN 9781526106322
This promising addition to the growing literature on the history of late socialism charts the development of youth culture and politics in socialist Yugoslavia, focusing on the 1980s. Rather than examining the 1980s as a mere prelude to the violent collapse of the country in the 1990s, the book recovers the multiplicity of political visions and cultural developments that evolved at the time and that have been largely forgotten in subsequent discussion.

The youth of this generation, the author convincingly argues, sought to rearticulate the Yugoslav socialist framework in order to reinvigorate it and 'democratise' it, rather than destroy it altogether.
Op voorraad
€ 32,95
Ga naar het einde van de afbeeldingen-gallerij 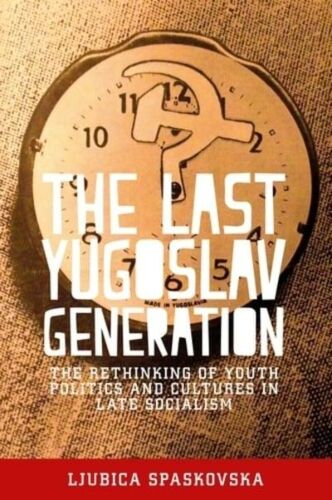