Driving Regional Fracture in Post-Communist Eurasia and Beyond
Ohanyan, Anna

Georgetown University Press, 220 blz., paperback, 2018, ISBN 9781626166202
While we know a great deal about the benefits of regional integration, there is a knowledge gap when it comes to areas with weak, dysfunctional, or nonexistent regional fabric in political and economic life. Further, deliberate "un-regioning," applied by actors external as well as internal to a region, has also gone unnoticed despite its increasingly sophisticated modern application by Russia in its peripheries.

This volume helps us understand what Anna Ohanyan calls "fractured regions" and their consequences for contemporary global security. Ohanyan introduces a theory of regional fracture to explain how and why regions come apart, consolidate dysfunctional ties within the region, and foster weak states. Russia Abroad specifically examines how Russia employs regional fracture as a strategy to keep states on its periphery in Eurasia and the Middle East weak and in Russia's orbit. It argues that the level of regional maturity in Russia's vast vicinities is an important determinant of Russian foreign policy in the emergent multipolar world order.

Many of these fractured regions become global security threats because weak states are more likely to be hubs of transnational crime, havens for militants, or sites of protracted conflict. The regional fracture theory is offered as a fresh perspective about the post-American world and a way to broaden international relations scholarship on comparative regionalism.
Op voorraad
€ 43,00
Ga naar het einde van de afbeeldingen-gallerij 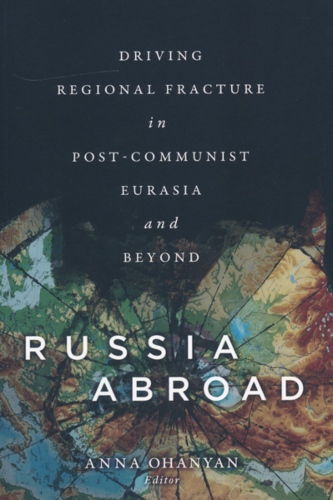