The Birth of Tajikistan

National Identity and the Origins of the Republic
Bergne, Paul

When the Bolshevik Revolution broke out in October 1917, much of Central Asia was still ruled by autonomous rulers such as the Emir of Bukhara and the Khan of Khiva. By 1920 the khanates had been transformed into People's Republics. In 1924, Stalin re-drew the frontiers of the region on ethno-linguistic lines creating, amongst other statelets, the Soviet Socialist Republic of Uzbekistan - the land of the Uzbeks.

But the Turkic Uzbeks were not the only significant ethnic group within the new Uzbekistan's frontiers. The Persian-speaking Tajiks formed a considerable part of the population.

This book describes how, often in the teeth of Uzbek opposition, the Tajiks gained, first an autonomous oblast (administrative region) within Uzbekistan, then an autonomous republic, and finally, in 1929, the status of a full Soviet Union Republic. Once the Tajiks had been granted a territory of their own, their new government had not only to survive the civil war that followed the revolution but then to build an entirely new country in an immensely inhospitable terrain. New frontiers had to be wrested from neighbours, and a new cultural identity, `national in form but socialist in content', had to be created. The Birth of Tajikistan is the first documentation of how the idea of a Tajik state came into being and offers a vivid history of the birth of a nation. 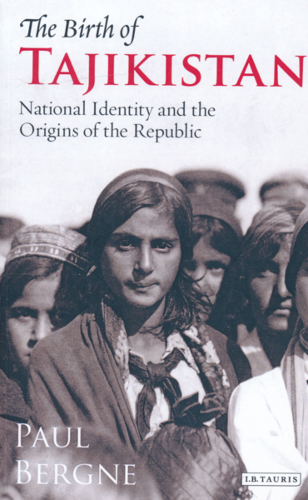