University of Toronto Press, 80 blz., gebonden, 2017, ISBN 9780772751157
Located at the exact geographic center of the European continent, and known by many as "the heart of Europe," Carpathian Rus’ is a quintessential borderland, where geographic, political, ethnolinguistic, religious, and socio-climatic borders converge.

In the midst of this diversity, the main population has traditionally been comprised of Carpatho-Rusyns, a stateless people who have interacted with other peoples living within their midst: Hungarians/Magyars, Slovaks, Poles, Romanians, Jews, Germans, Roma/Gypsies, and, in more modern times, Czechs, Ukrainians, and Russians.

Providing a firm understanding of the complexities of this fascinating space, Carpathian Rus’: A Historical Atlas is the first text in any language to discuss this historic land and its local population. Including 34 chapters with full-colour maps that trace, in chronological order, developments not only in the historic territory of Carpathian Rus’ but also in the larger surround area of central Europe. Accompanying each chapter is an explanatory text to provide the geographic, ethnolinguistic, cultural, and historical context of the accompanying map.
(nog) niet leverbaar
€ 42,20
Ga naar het einde van de afbeeldingen-gallerij 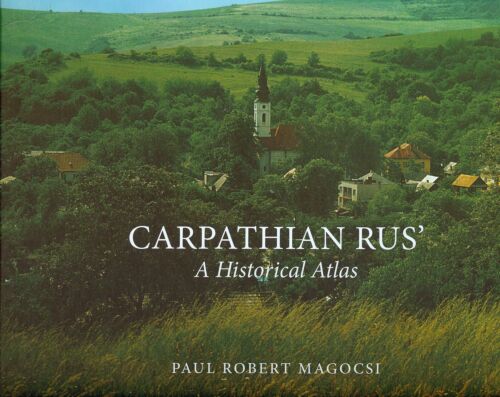