From Citizens to Subjects

City, State, and the Enlightenment in Poland, Ukraine, and Belarus
Murphy, Curtis G.

University of Pittsburgh Press, 312 blz., 2018, ISBN 9780822964629
From Citizens to Subjects challenges the common assertion in historiography that Enlightenment-era centralization and rationalization brought progress and prosperity to all European states, arguing instead that centralization failed to improve the socioeconomic position of urban residents in the former Polish-Lithuanian Commonwealth over a hundred-year period.

Murphy examines the government of the Polish-Lithuanian Commonwealth and the several imperial administrations that replaced it after the Partitions, comparing and contrasting their relationships with local citizenry, minority communities, and nobles who enjoyed considerable autonomy in their management of the cities of present-day Poland, Ukraine, and Belarus. He shows how the failure of Enlightenment-era reform was a direct result of the inherent defects in the reformers' visions, rather than from sabotage by shortsighted local residents. Reform in Poland-Lithuania effectively destroyed the existing system of complexities and imprecisions that had allowed certain towns to flourish, while also fostering a culture of self-government and civic republicanism among city citizens of all ranks and religions. By the mid-nineteenth century, the increasingly immobile post-Enlightenment state had transformed activist citizens into largely powerless subjects without conferring the promised material and economic benefits of centralization.
Op voorraad
€ 40,95
Ga naar het einde van de afbeeldingen-gallerij 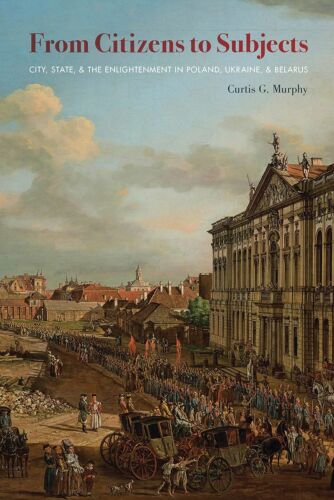