The Road to Serfdom
Wilkin, Peter

Lexington Books, 222 blz., paperback, 2016, ISBN 9781498545419
To make sense of this the author draws upon two traditions of thought, world systems-analysis, which situates Hungary in the context of its incorporation in the modern capitalist world-system after the fall of communism; and anarchist social thought which provides a unique way of seeing the actions of states and political elites.

In so doing the book argues that the events unfolding in Hungary cannot be explained on the basis of Hungarian exceptionalism but must be situated in the broader political and economic context that has shaped the development of Hungary since 1990.

The form of capitalism introduced in Hungary and across the region of East and Central Europe has systematically undermined the strong state and social security that had existed under communism, and when added to the failure of the left and liberals in the region it has paved the way for far-right and neo-fascist political movements to emerge claiming the mantle of defenders of society from the market. This represents a fundamental threat to the enlightenment traditions that have shaped dominant modern political ideologies and raises profound problems for both the EU and NATO.
Op voorraad
€ 34,95
Ga naar het einde van de afbeeldingen-gallerij 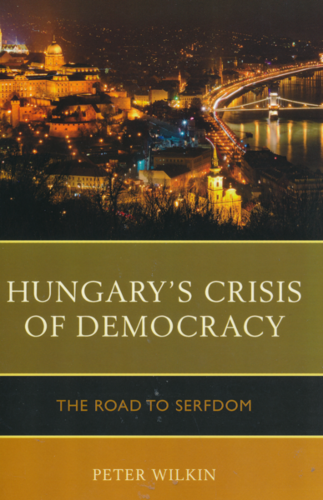