Princeton University Press, 274 blz., gebonden, 2021, ISBN 9780691178905
In the early years of the Cold War, the skyline of Moscow was forever transformed by a citywide skyscraper building project. As the steel girders of the monumental towers went up, the centuries-old metropolis was reinvented to embody the greatness of Stalinist society. Moscow Monumental explores how the quintessential architectural works of the late Stalin era fundamentally reshaped daily life in the Soviet capital.

Drawing on a wealth of original archival research, Katherine Zubovich examines the decisions and actions of Soviet elites—from top leaders to master architects—and describes the experiences of ordinary Muscovites who found their lives uprooted by the ambitious skyscraper project. She shows how the Stalin-era quest for monumentalism was rooted in the Soviet Union’s engagement with Western trends in architecture and planning, and how the skyscrapers required the creation of a vast and complex infrastructure. As laborers flooded into the city, authorities evicted and rehoused tens of thousands of city residents living on the plots selected for development. When completed in the mid-1950s, these seven ornate neoclassical buildings served as elite apartment complexes, luxury hotels, and ministry and university headquarters.

Moscow Monumental tells a story that is both local and broadly transnational, taking readers from the streets of interwar Moscow and New York to the marble-clad halls of the bombastic postwar structures that continue to define the Russian capital today.
Op voorraad
€ 42,50
Ga naar het einde van de afbeeldingen-gallerij 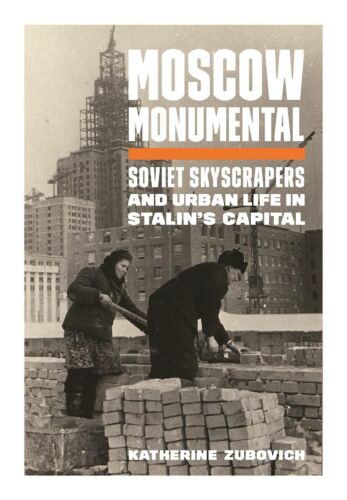