Eyewitness to the War in Ukraine
Pieniazek, P.

Polish journalist Pawel Pieniazek was among the first journalists to enter the war-torn region of eastern Ukraine and Greetings from Novorossiya is his vivid firsthand account of the conflict. He was the first reporter to reach the scene when Russian troops in Ukraine accidentally shot down a civilian airliner, killing all 298 people aboard. Unlike Western journalists, his fluency in both Ukrainian and Russian granted him access and the ability to move among all sides in the conflict. With powerful color photos, telling interviews from the local population, and brilliant reportage, Pieniazek's account documents these dramatic events as they transpired. This unique firsthand view of history in the making brings to life the tragedy of Ukraine for a Western audience. Historian Timothy Snyder provides wider context in his superb introduction and explores the significance of this ongoing conflict at the border of East and West. 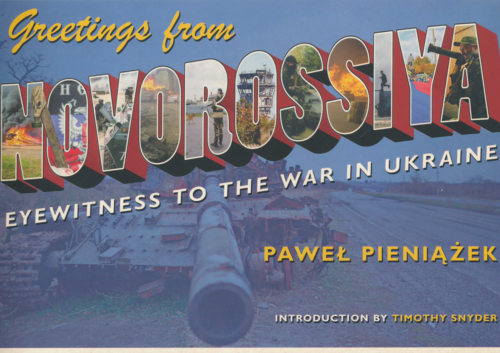