Examines Russia's "information war", one oif the most striking features of its intervention in Ukraine. Marcel H. van Herpen argues trhat the Kremlin's propaganda offensive is a carefully prepared strategy, implemented and tested over the last decade. Initially intended as a tool to enhance Russia's softpower, it quickly developed into one of the main instruments of Russia's new imperialism, reminiscent of the height of the Cold War. Van Herpen demonstrtes that the Kremlin's propaganda machine not only plays a central role in its "hybrid war" in Ukraine but also has broader geopolitcal objectives intended to roll back the influence of NATO and the United States in Europe. Drawing on years of research, Van Herpen shows how the Kremlin built a multitude of soft poower intrsumnents and transformed them into effrectice weapons in a new information war with the wEST. 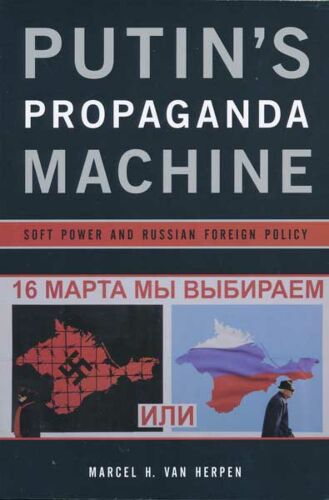