Architecture and Stalin's Revolution from Above, 1928-1938
Udovicki-Selb, Danilo

Bloomsbury, 264 blz., paperback, 2022, ISBN 9781350288423
Conventional readings of the history of Soviet art and architecture show modernist utopian aspirations as all but prohibited by 1932 under Stalin's totalitarianism. Soviet Architectural Avant-Gardes challenges that view. Radically redefining the historiography of the period, it reveals how the relationship between the Party and practicing architects was much more complex and contradictory than previously believed, and shows, in contrast to the conventional scholarly narrative, how the architectural avant-garde was able to persist at a time when it is widely considered to have been driven underground.

In doing so, this book provides an essential perspective on how to analyse, evaluate, and “re-imagine” the history of modernist expression in its cultural context. It offers a new understanding of ways in which 20th century social revolutions and their totalitarian sequels inflected the discourse of both modernity and modernism.

The book relies on close analyses of archival documents and architectural works. Many of the documents have been rarely – if ever – discussed in English before, while the architectural projects include iconic works such as the Palace of Soviets and the Soviet Pavilion at the Paris 1937 World Exposition, as well as remarkable works that until now have been neglected by architectural historians inside and outside Russia. In a fascinating final chapter, it also reveals for the first time the details of Frank Lloyd Wright's triumphant welcome at the First Congress of Soviet Architects in Moscow in 1937, at the height of Stalin's Terror.
Op voorraad
€ 39,95
Ga naar het einde van de afbeeldingen-gallerij 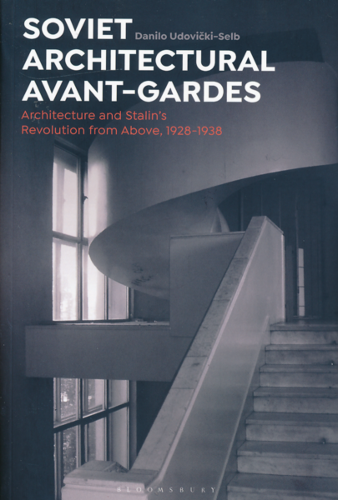