The Fall of the Soviet Union
Zubok, Vladislav M.

A major study of the collapse of the Soviet Union-showing how Gorbachev's misguided reforms led to its demise In 1945 the Soviet Union controlled half of Europe and was a founding member of the United Nations. By 1991, it had an army four-million strong, five-thousand nuclear-tipped missiles, and was the second biggest producer of oil in the world. But soon afterward the union sank into an economic crisis and was torn apart by nationalist separatism. Its collapse was one of the seismic shifts of the twentieth century. Thirty years on, Vladislav Zubok offers a major reinterpretation of the final years of the USSR, refuting the notion that the breakup of the Soviet order was inevitable. Instead, Zubok reveals how Gorbachev's misguided reforms, intended to modernize and democratize the Soviet Union, deprived the government of resources and empowered separatism. Collapse sheds new light on Russian democratic populism, the Baltic struggle for independence, the crisis of Soviet finances-and the fragility of authoritarian state power.
Op voorraad
€ 22,95
Ga naar het einde van de afbeeldingen-gallerij 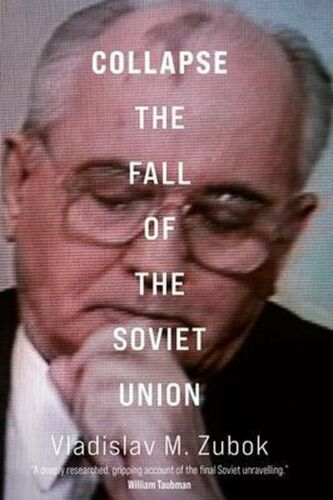