University of Wisconsin Press, 400 blz., paperback, 2021, ISBN 9780299319748
Is there an essential Russian identity? What happens when "Russian" literature is written in English, by such authors as Gary Shteyngart or Lara Vapnyar? What is the geographic "home" of Russian culture created and shared via the internet?

Global Russian Cultures innovatively considers these and many related questions about the literary and cultural life of Russians who in successive waves of migration have dispersed to the United States, Europe, and Israel, or who remained after the collapse of the USSR in Ukraine, the Baltic states, and the Central Asian states.

The volume's internationally renowned contributors treat the many different global Russian cultures not as "displaced" elements of Russian cultural life but rather as independent entities in their own right. They describe diverse forms of literature, music, film, and everyday life that transcend and defy political, geographic, and even linguistic borders. Arguing that Russian cultures today are many, this volume contends that no state or society can lay claim to be the single or authentic representative of Russianness. In so doing, it contests the conceptions of culture and identity at the root of nation-building projects in and around Russia.
(nog) niet leverbaar
€ 29,30
Ga naar het einde van de afbeeldingen-gallerij 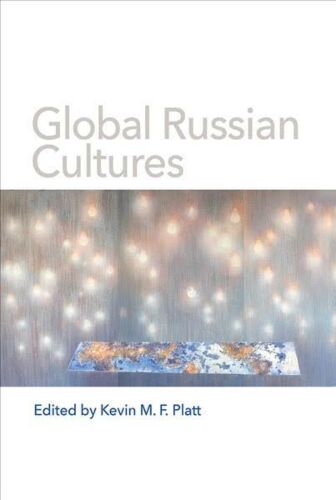