Polity Press, 244 blz., 2009, ISBN 9780745636863
For most English-speaking readers, Russian literature consists of a small number of individual writers - nineteenth-century masters such as Dostoevsky, Tolstoy and Turgenev - or a few well-known works - Chekhov's plays, Brodsky's poems, and perhaps Master and Margarita and Doctor Zhivago from the twentieth century. The medieval period, as well as the brilliant tradition of Russian lyric poetry from the eighteenth century to the present, are almost completely terra incognita, as are the complex prose experiments of Nikolai Gogol, Nikolai Leskov, Andrei Belyi, and Andrei Platonov.

Furthermore, those writers who have made an impact are generally known outside of the contexts in which they wrote and in which their work has been received. In this engaging book, Andrew Baruch Wachtel and Ilya Vinitsky provide a comprehensive, conceptually challenging history of Russian literature, including prose, poetry and drama. Each of the ten chapters deals with a bounded time period from medieval Rus' to the present. In a number of cases, chapters overlap chronologically, thereby allowing a given period to be seen in more than one context. To tell the story of each period, the authors provide an introductory essay touching on the highpoints of its development and then concentrate on one biography, one literary or cultural event, and one literary work, which serve as prisms through which the main outlines of a given period's development can be discerned.

Although the focus is on literature, individual works, lives and events are placed in broad historical context as well as in the framework of parallel developments in Russian art and music.
Op voorraad
€ 29,50
Ga naar het einde van de afbeeldingen-gallerij 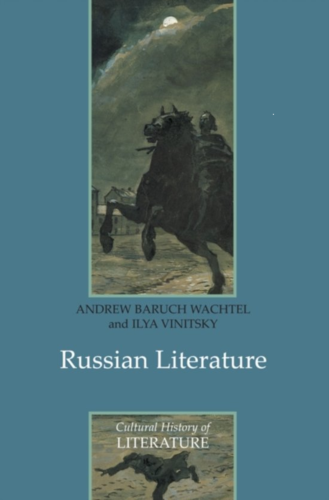