Pegasus, 724 blz., 2012, ISBN 9789061433330
Greek text, Latin translations of the 6th c. and English translation of the Slavonic Textus Receptus
The Scete Paterikon The Scete Paterikon is the Slavonic translation of a Greek collection of Apophthegmata Patrum. ‘They may be viewed, in part, as conscious Christian rivals to the many anthologies of maxims of pagan thinkers, while unconsciously providing one of the most fascinating sources of social and intellectual life in the late Roman period’ (B. Baldwin in the Oxford Dictionary of Byzantium). It comprises ca. 1100 anecdotes, exhortations and sayings of the fathers of Christian monasticism in Egypt and Palestine, as well as St John Chrysostom. The Slavonic text (ca. 96000 words) is the longest as yet identified to belong to the period of the mission to Morava (863-885); it can be attributed to St Methodius. Its impact on the conversion of the Slavs to Christianity was massive, as witnessed by the efflorescence of monastic establishments in and around the cities of Pliska and Preslav in Bulgaria after 886 and the similar efflorescence at Kiev in Russia after 1036. Consequently, it has a massive and uninterrupted manuscript tradition well into the 17th century. All the major branches of this tradition are identified and represented in this edition, which is not, as customary in Slavic studies, an edition of a single manuscript. It presents two versions of the text, a Cyrillic textus receptus and a Glagolitic textus reconstructus, their differences recorded in a full index of words and forms, of which roughly a quarter are not attested in the so-called canon of Slavonic manuscripts. A full apparatus of variant readings is appended. to each apophthegm The Greek text underlying the Slavonic translation is not that reflected in the standard edition of the Systematic Collection of Apophthegmata Patrum by J.-C. Guy (Sources chrétiennes 387, 474, 498). It is the same text that underlies all Latin translations of the 6th century and which is partially preserved in two Italo–Greek manuscripts as well as in the Alphabetic-Anonymous Collection of Apophthegmata Patrum. It is also the text that underlies the Armenian and Syriac translations of the early 6th century. The Greek text is reconstructed from the available evidence using the criterium of harmony with its translations and requiring minimal conjecture. Some sixty apophthegms of the Anonymous Collection are edited in Greek for the first time. The Greek text is confronted with the Latin translation of Pelagius and John (before ca. 560), its gaps filled with the other early Latin translations, foremost that of Paschasius of Dumio (ca. 570-580). It is laid out in full parallel to the Slavonic translation. What more would a student of the early Christian world and the vicissitudes of the transmission of texts in it wish to have? Of course, maps, a full index of names and Biblical quotations and references, as well as alphabetic listings of the initia of the apophthegms in Greek, Latin and Slavonic.
Op voorraad
€ 42,00
Ga naar het einde van de afbeeldingen-gallerij 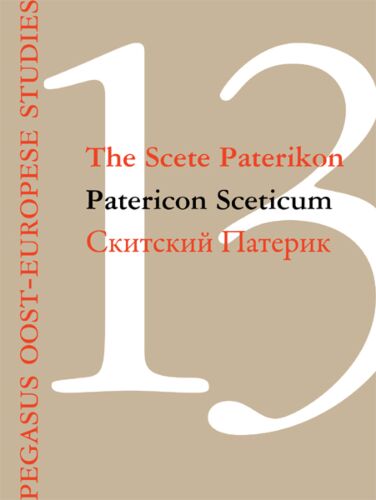