Distinctive Features, Past and Present
Stundzia, B.

Science&Encyclopaedia, 88 blz., 2014, ISBN 9785420017494
Bonifacas Stundžia is a professor of Baltic linguistics at Vilnius University and the editor-in-chief of Baltistica, a journal devoted to Baltic linguistics. He is also a member of the Lithuanian Academy of Sciences, Academia Europaea, and the State Commission of the Lithuanian Language. In 1981, Stundžia earned his doctorate with a dissertation on gender in the Baltic languages, and in 1995, he earned his habilitation with a monograph on the accentuation system of standard Lithuanian. He is the author of several books and more than 80 articles on various synchronic and diachronic aspects of Baltic and Lithuanian linguistics and its history. Lithuanian is the official language of the Republic of Lithuania and one of the official languages of the European Union. It is both modern and the most conservative living Indo-European language. Together with Latvian and such dead languages as Semigallian and Selonian, Lithuanian belongs to the East Baltic branch of the Baltic group, whereas the Western branch consists only of dead languages, i.e. Old Prussian (which is attested) and Yotvingian, Curonian, and Galindian (which are not attested).
(nog) niet leverbaar
€ 19,90
Ga naar het einde van de afbeeldingen-gallerij 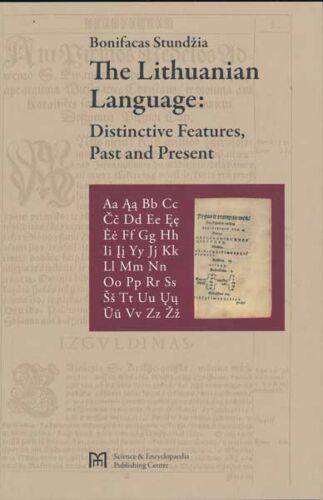