Out Of The Blue

The blue ring initiates a kind of “hide-and-seek” between the photographer and his subjects, which in turn takes viewing the images to another level, one between staged and documented reality. Golovchenko highlights the pastime of watching and being watched at the beach. The series was awarded the European Photo Exhibition Award.
Op voorraad
€ 42,70
Ga naar het einde van de afbeeldingen-gallerij 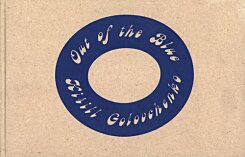