Yale University Press, 379 blz., gebonden, 2021, ISBN 9780300245646
A rich and fascinating exploration of the Volga-the first to fully reveal its vital place in Russian history A work of masterful condensation [and] commanding storytelling. -Matthew Janney, Spectator 'Without the Volga, there would be no Russia.' The final words of Janet Hartley's book sound sweeping. But its 400 pages make the case powerfully. -The Economist The longest river in Europe, the Volga stretches over three and a half thousand km from the heart of Russia to the Caspian Sea, separating west from east. The river has played a crucial role in the history of the peoples who are now a part of the Russian Federation-and has united and divided the land through which it flows. Janet Hartley explores the history of Russia through the Volga from the seventh century to the present day. She looks at it as an artery for trade and as a testing ground for the Russian Empire's control of the borderlands, at how it featured in Russian literature and art, and how it was crucial for the outcome of the Second World War at Stalingrad. This vibrant account unearths what life on the river was really like, telling the story of its diverse people and its vital place in Russian history.
Op voorraad
€ 34,95
Ga naar het einde van de afbeeldingen-gallerij 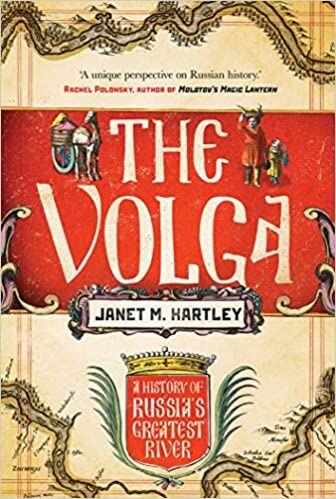