Pegasus, 416 blz., 2012, ISBN 9789061433705
POES 19 is meant to be a preliminary survey of the new Islamic discourse in the Russian Federation.
This volume is meant to be a preliminary survey of the new Islamic discourse in the Russian Federation. This post-Soviet Muslim discourse on Islam comprises a very wide spectrum of voices; they all offer specific Islamic identities to their audiences and communities. There are a number of historical continuities and 'ethnic' particularities, but the new Islamic discourse is also characterized by exchange and expansion: the transfer of 'ethnic' Islamic interpretations to new areas where they are translated into new contexts. The result is an emancipation from 'ethnic' particularities, accompanied by the naturalization of new trends from abroad that also address various ethnic groups. The result is a striking Islamic diversity, in which most of the 'players' try to present their own interpretation as the only truthful one, and to isolate it from all others; still, they all contribute to the development of a new overall Islamic discourse that has hitherto not fully been acknowledged. Important is that Islamic authors make more and more use of the Russian language, which facilitates multi-ethnic communication on Islam in the Russian Federation. Yet next to being a basic textbook, the present volume is also a piece of experimental research on the relation between the Russian language and Islamic authority in Russia. The goal is to raise questions, and to develop a methodological framework for more research that has to follow, including on a comparative level. How are Islamic contents 'translated' into Russian, and what happens to the Russian language if it becomes a major vehicle of Islam? With these questions the book might also be of interest for students of Russian sociolinguistics.
Op voorraad
€ 32,00
Ga naar het einde van de afbeeldingen-gallerij 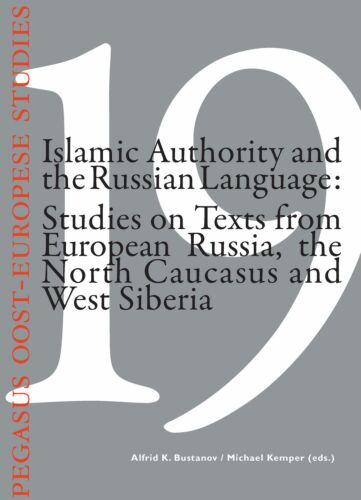