Pegasus, 665 blz., 2015, ISBN 9789061433903
In the Austro-Hungarian Empire, the small and easternmost crownland of Bukovina was exceptional in many ways. It was a relatively new addition to the Imperial territory and very much its proper creation: never before had the area with its Habsburg borders been a separate entity before. Subsequently, the large waves of emigrants the authorities encouraged to settle in there would change its character profoundly. As national activism in other Austrian crownlands intensified and gradually intoxicated political and social relations, Bukovina with its many languages and religious denominations was increasingly perceived as a role model of tolerance and diversity. During the final decades of the Empire’s existence, Bukovina was consciously deployed as a pars pro toto for a utopian Austria in which the manifold national identifications were to enhance the State rather than to undermine it. As the Habsburg Empire, struggling to perform the balancing act between Viennese central power and increasing nationalist demands from all over its territory, tried to position itself with all its diversity as ‘a model for Europe’, inside its borders something similar occurred: both in- and outside the crownland, the commonplace of ‘Little Austria’ with its Viennese orientation and its vibrant cultural life gained ground. Although nationalism dominated the identification discourse both during the Habsburg era and thereafter, it is still mildly ironic that a region which has entered into the public memory as quintessentially multi-cultural has only been described along nationalist lines. ‘The Jews of Bukovina’, ‘The History of the Romanians in Bukovina’ and many similar volumes have seen the light of day, but only a modest number of publications deal with the identity of the crownland in its entirety. When they do, they obediently maintain the segregationist work method of the nationalists and devote separate sections to ‘the different ethnic groups of Austrian Bukovina’. Bukovina is always neatly divided in ethnics categories with all of its respective members sharing an equal fervour for their specific national cause This way, some aspects of crownland identification might come to the fore, but they never amount to an analysis of just what exactly made the grand total of that powerful point of reference: Bukovina and its ‘Bukovinianness’.
Op voorraad
€ 52,00
Ga naar het einde van de afbeeldingen-gallerij 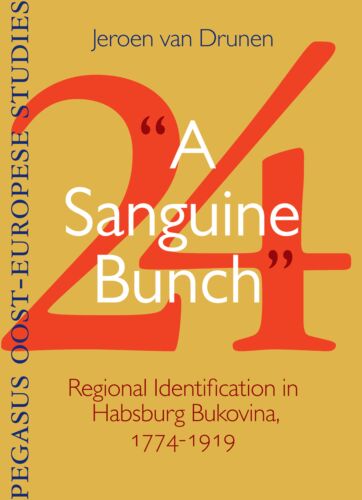