The articulation of Bulgarian identity in the nineteenth century in its international context: an intellectual history
Janette Sampimon

Pegasus, 312 blz., 2006, ISBN 9789061433118
POES is een serie studies op het gebied van de Oost-Europese taalkunde, letterkunde, cultuurkunde en geschiedenis onder redactie van prof. dr. Raymond Detrez, prof. dr. Wim Honselaar, prof. dr. Thomas Langerak en prof. dr. Willem Weststeijn.
This book (Dr. Janette Sampimon’s Ph.D. study) deals with the development of a Bulgarian cultural sphere and, with it, a Bulgarian national identity, in the period between 1800 and 1876. This period is known in Bulgarian as Văzraždane, in English as Revival. It shows how the idea of a separate Bulgarian national identity developed under the influence of both internal changes in the Ottoman Empire, and foreign examples. The first to mention a Bulgarian nation, consisting of people of different Christian religions, were catholic intellectuals of the seventeenth century, who were working as missionaries among the Bulgarian population from Rome and Croatia. In the eighteenth and early nineteenth century, intellectual Bulgarians thought of themselves as being part of an Orthodox community, which was Greek-speaking (but not ethnic Greek in the modern sense). There was little literacy or anything resembling a public sphere in which Bulgarians could express their ideas. In the course of the nineteenth century, Bulgarian intellectuals introduced the concept of a Bulgarian nationality, part of a larger Slavic cultural world. This coincided with changes in the field of economy, politics and in the social life. After a long period of relative stability, the Ottoman Empire changed its character drastically in the nineteenth century. The Greek revolution provided an example for Bulgarians of how a national state could be won, as was the foundation of a national Greek church. In this period nationality, instead of religion, became a distinguishing criterion, as it had become in the late eighteenth century in western Europe. This idea strengthened the wish among Bulgarians for national institutions of their own. The development of Bulgarian education, together with the growing number of students sent abroad, enabled the emergence of a group of intellectuals with philological interests who expressed their views both in literature, in scholarly work, in schoolbooks and in the newly formed periodical press. Increasing literacy enabled increasing sociability. Čitalištes (cultural societies) were organised in a network spanning all the Bulgarian lands. The Văzraždane was inspired and influenced by links between Bulgarians and inhabitants of the two great empires of the nineteenth century, the Russian and the Habsburg Empire. Émigré communities of Bulgarians in Odessa, Moscow, Budapest, Vienna and Paris contributed to the national cause. Furthermore, the development of the academic discipline of slavistics raised a generation of philologists all over Europe. An ‘epidemiology of beliefs’, as Dan Sperber would label it, is easily acknowledged in the Romantic pan Slavic revival, which spread through all Slavic lands: both the ones that were independent, like Russia, and the lands that were under non-Slavic domination. Works by West Slavs like Ján Kollár and Pavel Jozef Šafárik transferred the ideas of Herder to Russians as well as Bulgarians. Personal networks were crucial in this process. Whereas the first patriotic intellectuals operated more or less individually, in the course of time the networks in which they were operating increased in density. Foreign scholars, like Ján Kollár and Pavel Jozef Šafárik, brought the ideas of Herder to the Bulgarians, andI it was through foreign (Greek, Serbian, Russian) mediation that Bulgarians were first introduced in the European debates of the time. This book finally aims to create a new image of the Bulgarian Văzraždane. The concept was constructed in Bulgarian historiography a long time ago, and remained surprisingly stable for a long period. It is up to a new generation of scholars to study it once again in the context of Europe in the twenty-first century, with an open mind to the relevant actors and developments. It should be realised that the Bulgarian public sphere of 1800-1860 extended across state borders just as easily as it does now and will do after Bulgaria’s entry into the European Union.
Op voorraad
€ 32,00
Ga naar het einde van de afbeeldingen-gallerij 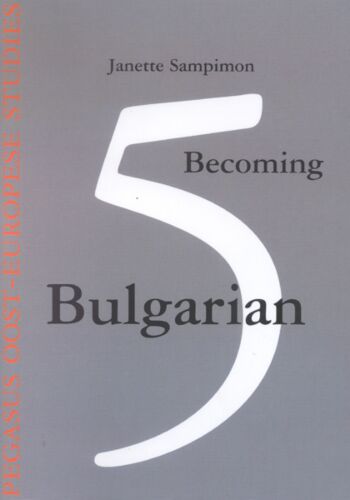