Pegasus, 264 blz., 2008, ISBN 9789061433217
POES is een serie studies op het gebied van de Oost-Europese taalkunde, letterkunde, cultuurkunde en geschiedenis onder redactie van prof. dr. Raymond Detrez, prof. dr. Wim Honselaar, prof. dr. Thomas Langerak en prof. dr. Willem Weststeijn.
The study of verbal prefixes in Slavic language such as Polish is many faceted. Prefixes carry a meaning that often seems quite fuzzy. The core meaning, the ‘invariant’, of a prefix can only be established by comparison of the meanings, the ‘variants’, of all the compound verbs in which it occurs. The Polish prefix prze- is more complex than most because it unites variant meanings that in other Slavic languages are rendered by two separate prefixes. Partly on account of their lexical meaning, prefixes have an "effect" on grammatical matters, especially on verbal Aspect – a category such as number with "values" singular and plural –, which is quite cumbersome to the student of Slavic languages. Since a prefix adds meaning to a verb, the centre of a clause, it also plays a decisive role in the final make up of such a clause. These restrictions are quite specific. All in all, a model was formulated for the variant and invariant meanings of the Polish verbal prefix prze-, and its particular effects on aspect and sentence structure were mapped through linking these with its meaning.
Op voorraad
€ 32,00
Ga naar het einde van de afbeeldingen-gallerij 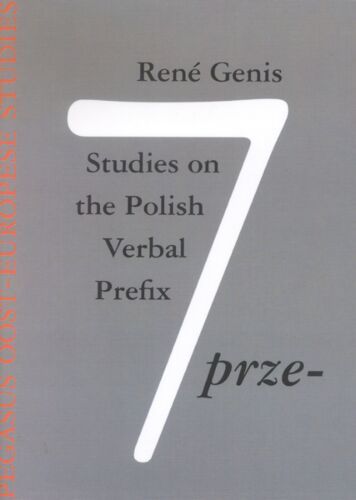